The Village of Clarendon Hills is located in eastern DuPage County, west of I-294 and Route 83 and just south of I-88 and Ogden Avenue. Clarendon Hills was planned in the 1870s and subsequently incorporated in 1924. It is home to about 8,500 people and over 80 flourishing businesses.

Clarendon Hills was founded by Henry Middaugh, a well-known businessman who moved to this area 18 miles west of Chicago which was known at the time as West Hinsdale. He purchased 270 acres of land north of the established railroad, consequently making him the principal owner of Clarendon Hills property, north of the tracks. Middaugh initially used his land exclusively as a farm but vacated the area between the railroad and what is now Chicago Avenue to give way for his residence, the Middaugh Mansion. The great number of daisies accidentally planted on his property was part of the reason why Clarendon Hills was also coined as "Daisy Fields".

Clarendon Hills was named the second-best place to live in the Chicago area by West Suburban Living, topped only by neighboring Hinsdale. 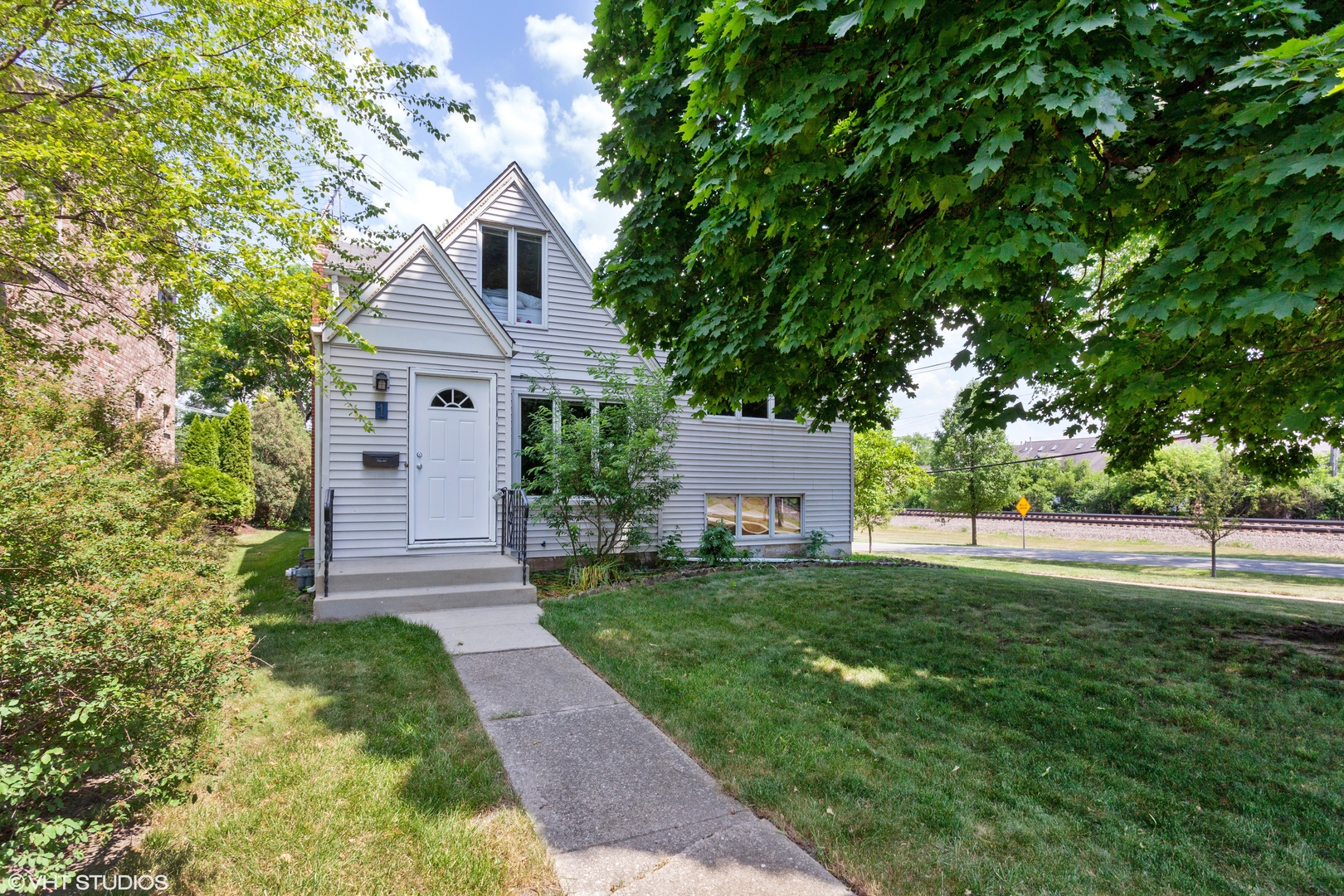 Larger than it looks! Clarendon hills home in hinsdale central school district! This 3/4 bed, 2.1 bath has lots of space...Kitchen has new refrigerator and oven, center island, hardwood flooring through most of the home, corian countertops, kitchen opens to large deck for entertaining with hot tub, family room with franklin type fireplace...Move upstairs to 2 bedrooms and up a third floor to master suite...And yet another bed/office/nursery. This home has so much! 200 amp service, 2 car garage...Charming and nestled away.....

Listed by Marylou Scala of @properties 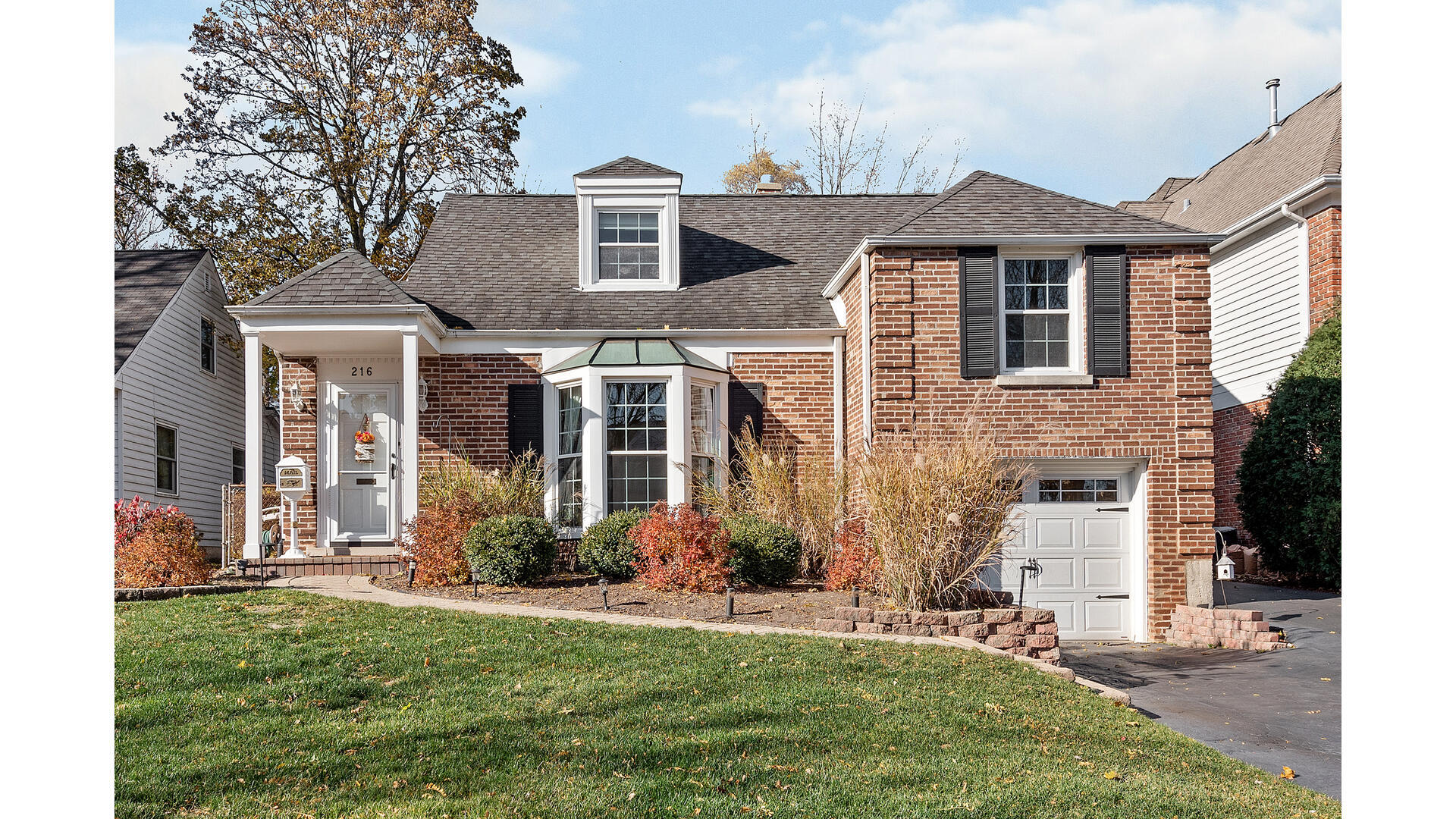 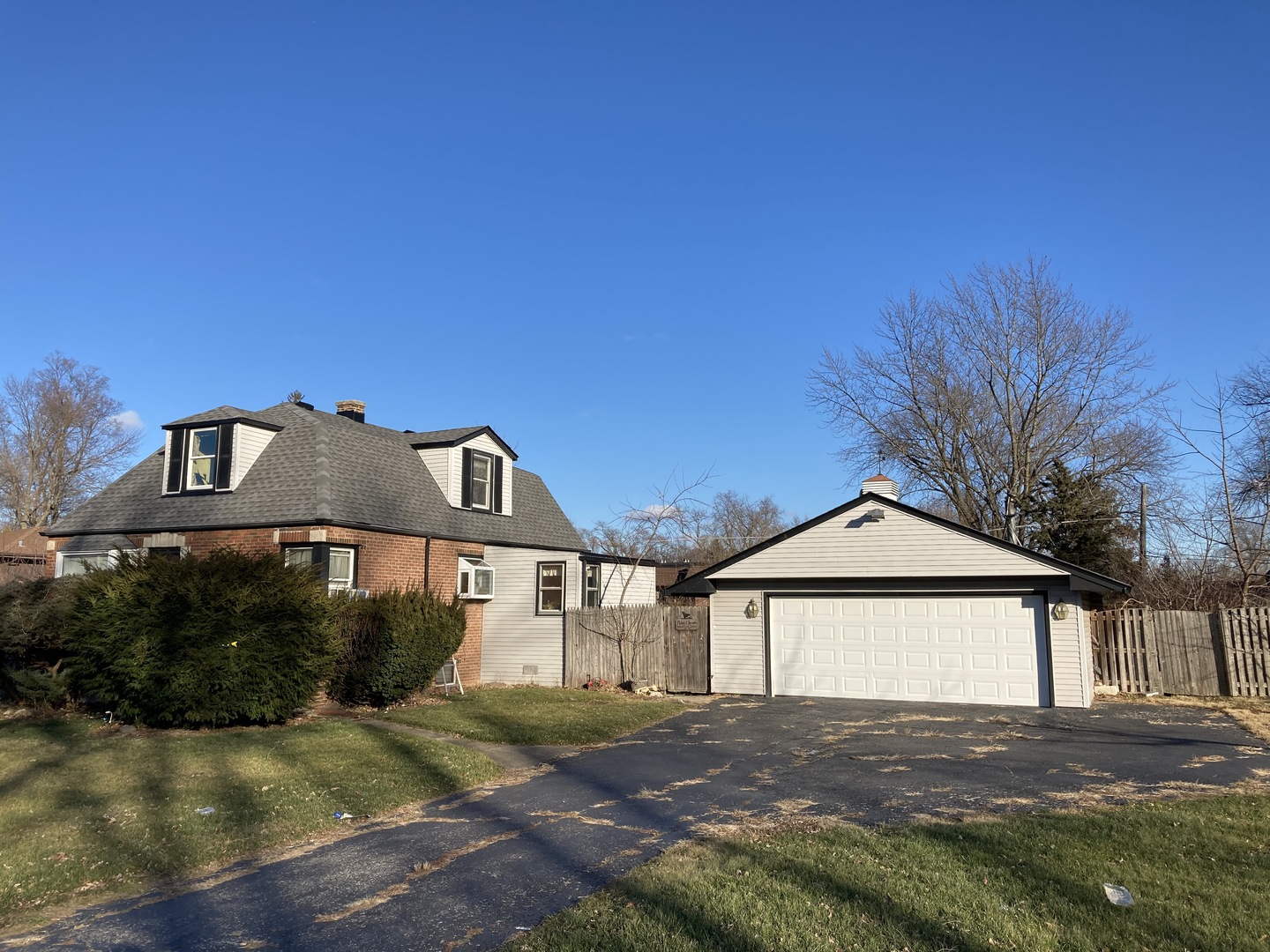 Affordable Hinsdale Central HS district ~ This charming brick bungalow has tons of possibilities and space! Roof 2015 and windows 2005. Boiler 5-7 years old. Detached 4 car garage, fenced dog run. Home is already connected to Lake Mich. water and currently on a septic system. Connection to sewer would allow the site to be divided into two lots. Here is a rehab project in an excellent location with a large piece of land (125x132) that could be divided! Teardown and build TWO new homes ~ walking distance to Hinsdale Central HS. Ez access to Rt 83 and close to the Burlington No. METRA line. House is occupied, so PLEASE do not walk lot without confirmed showing appointment. 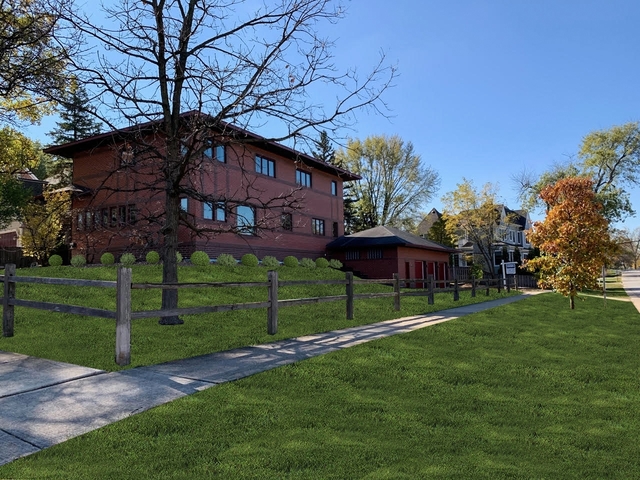 Check out the Virtually Staged Photos!! One of Clarendon Hills' finest homes in a delightful location minutes from downtown Clarendon Hills, the Metra Train, the Elementary and Middle schools and across the street from Prospect Park. The architecture merges the Frank Lloyd Wright prairie-style with a Red Barn concept for a stunning effect. Situated on a corner lot, all "top of the line windows" provide spectacular views of nature. No expense was spared in construction. All construction/floor blueprints available to the new owner. Thick brick and concrete exterior walls with concrete floors thru-out and enhanced with radiant floor heat. Metal-studded interior walls, extra insulation both for quality temperature control and soundproofing. Walls can be moved to create your own desired floor plan (Call LA for details). 4 SPACIOUS BRs, 4.1 BAs, an In-Law arrangement and a highly-sought, but rare OVERSIZED 3 car garage. Spacious granite and natural maple kitchen walks out onto a large, covered private balcony. Stunning, custom-built, modern natural maple staircase, enhanced in areas of the home by natural maple walls and built-in solid maple storage. Spacious rooms, Volume ceilings, Central vacuum, Ultra-prime location - Bus for Hinsdale Central High School conveniently stops on the corner of the house. Thoughtful, open, ultra-modern layout with TONS of storage. All of this is thoughtfully positioned on the lot for maximum privacy and breathtaking views seen from every room. All surrounded by a multi-award-winning, maintenance-free native prairie garden for the ecologically-minded. Chicago Magazine ranks Prospect School the #1 elementary school and Hinsdale Central High School the #1 high school in DuPage County. A breezy 30 min. drive to either O'Hare or Midway Airports. Quick access to all major, surrounding highways. Adjacent Prospect Park has every imaginable amenity including an upgraded playground with jungle gym and swings, football field, baseball diamonds, tennis courts, sledding hill, fishing hole, covered picnic area with grilling, a fire pit and a meandering paved path perfect for jogging, walking and cycling. You have to see this home for yourself, you will be amazed. Visit the 3D Virtual Tour provided which includes interactive, panoramic views of the interior!! * LIVE VIRTUAL SHOWING AVAILABLE PER REQUEST* 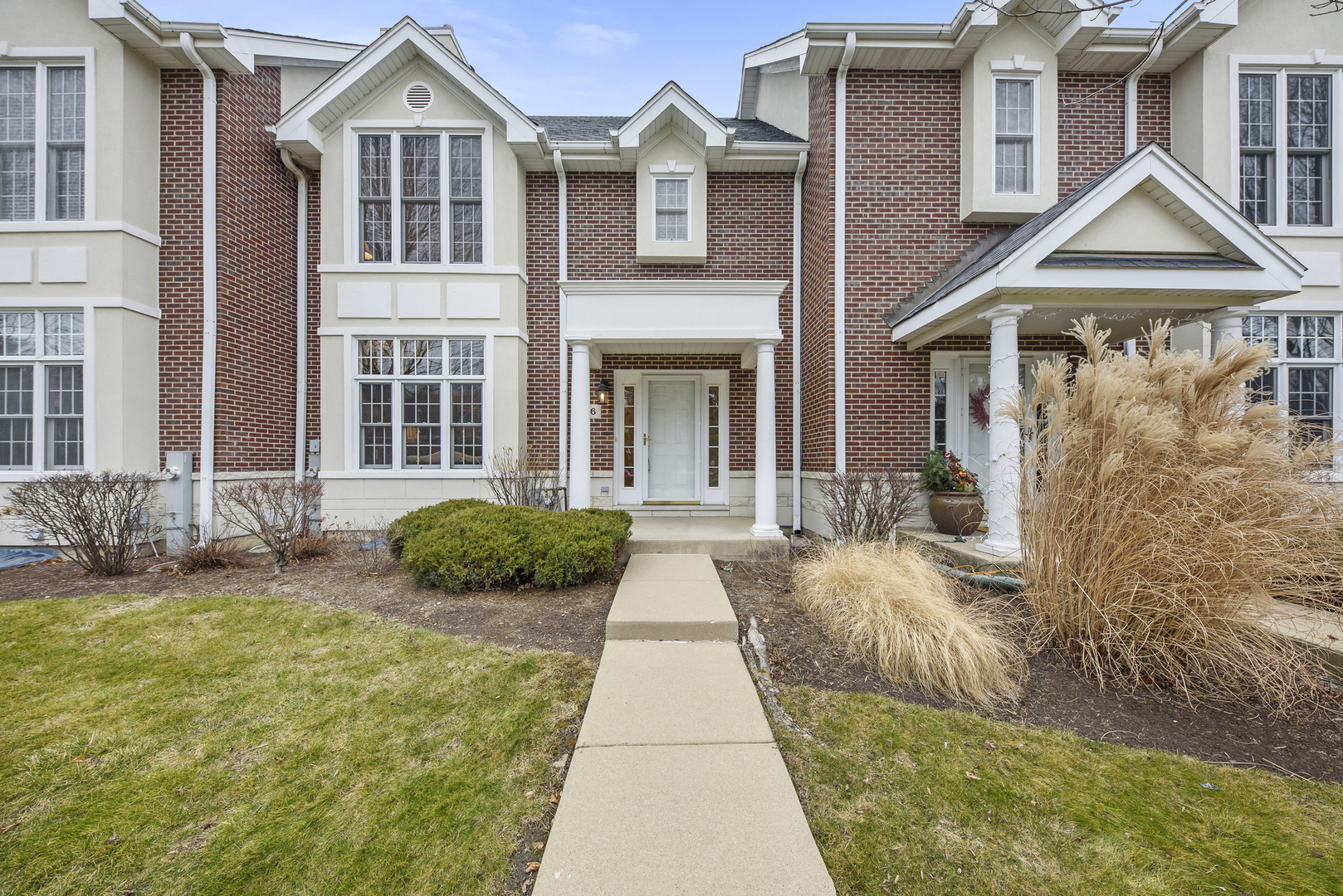 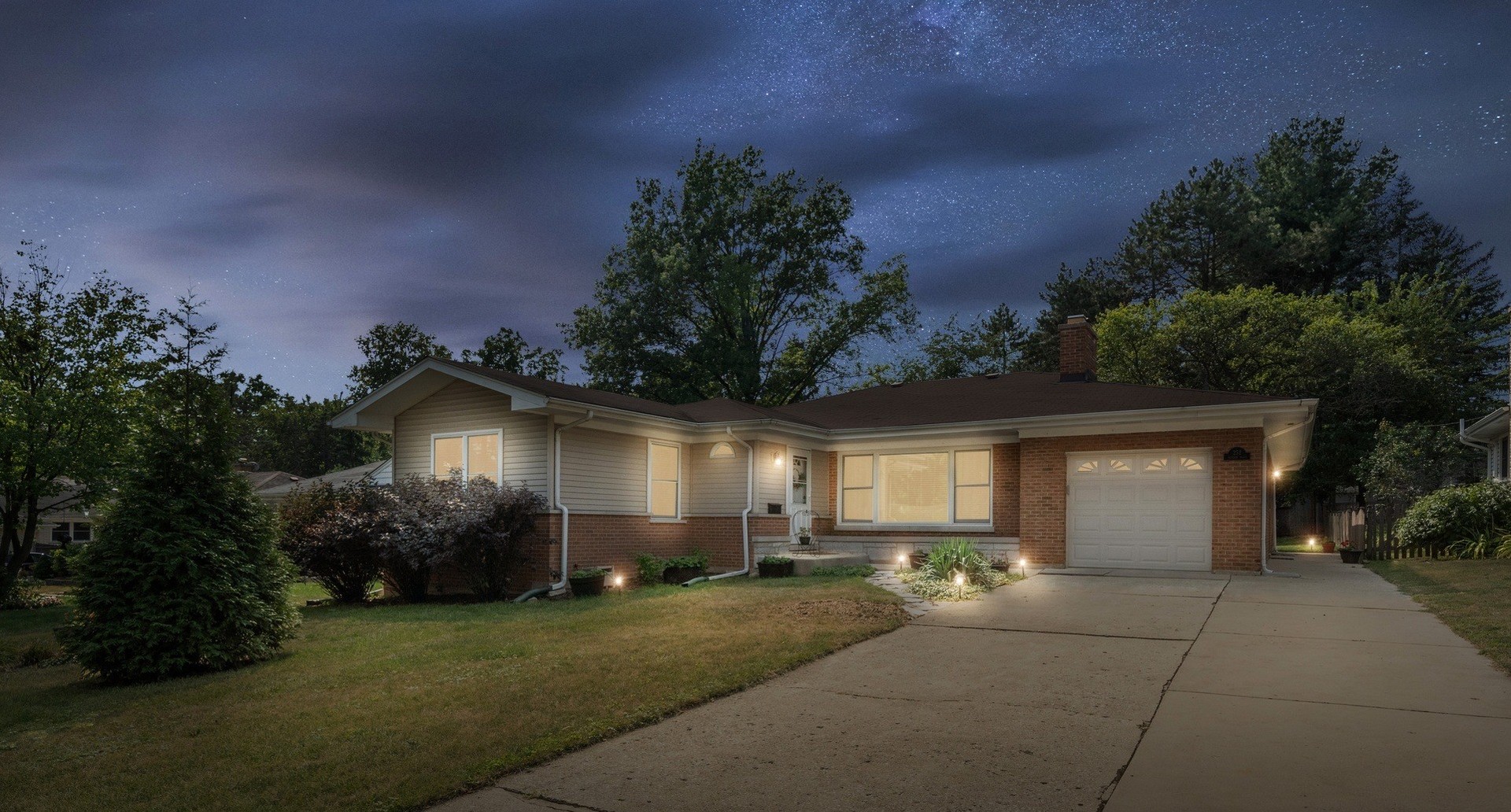 SO MUCH BIGGER INSIDE THAN IT LOOKS FROM THE OUTSIDE!! This charming and bright 5 BR, 2 BA Ranch has so much to offer!! The Bump out Foyer addition opens up to a Spacious Open Floor Plan with Gleaming Hardwood Floors. Large Living Room with stunning stone fireplace. Sizeable Dining Room. Beautifully Remodeled Kitchen (2018) with White Cabinetry, SS Appliances, Corian Countertops with Attractive Stone Backsplash. Finished Basement w/Recreation Room, 5th Bedroom, An Office and Full Bath. Master Bedroom could become a Master Suite by turning the Bedroom next door into an amazing Master Bath (staged photo in with the pics of the house. Awesome Backyard with Concrete Patio, Mature Trees and perfect for entertaining. Other Features: Walk-in closets, NEW Electrical upgrade, AC, HWH, Windows, Front and Back Doors, ECO BEE Thermostat, Ldy Rm/Storage Doors and some landscaping. This home boasts TONS of Storage. Close to town, train, parks and schools. Move in and Enjoy the Friendly Atmosphere of Clarendon Hills. District 181 and 86. Quick close possible! LIVE VIRTUAL SHOWING AVAILABLE PER REQUEST! 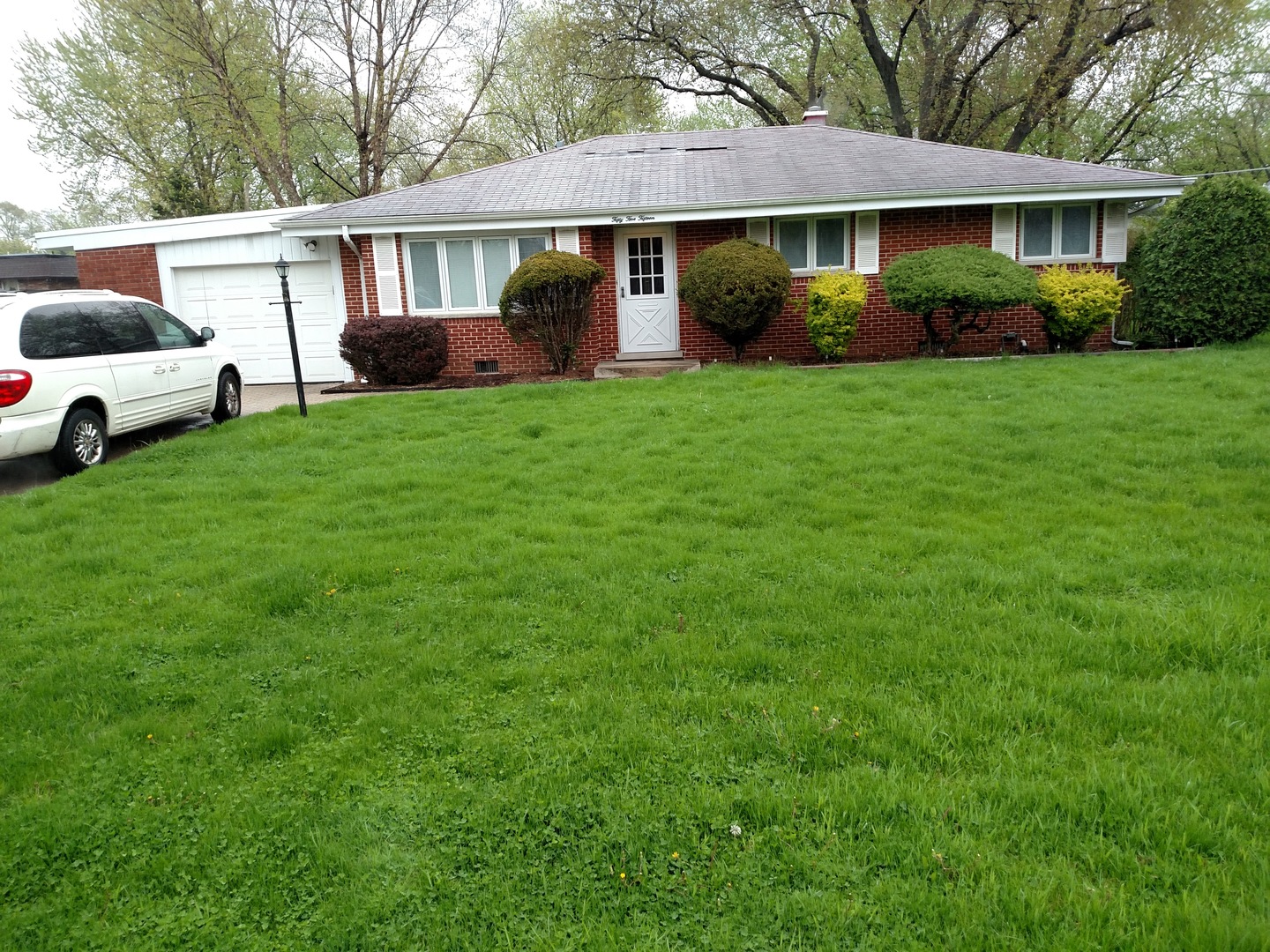 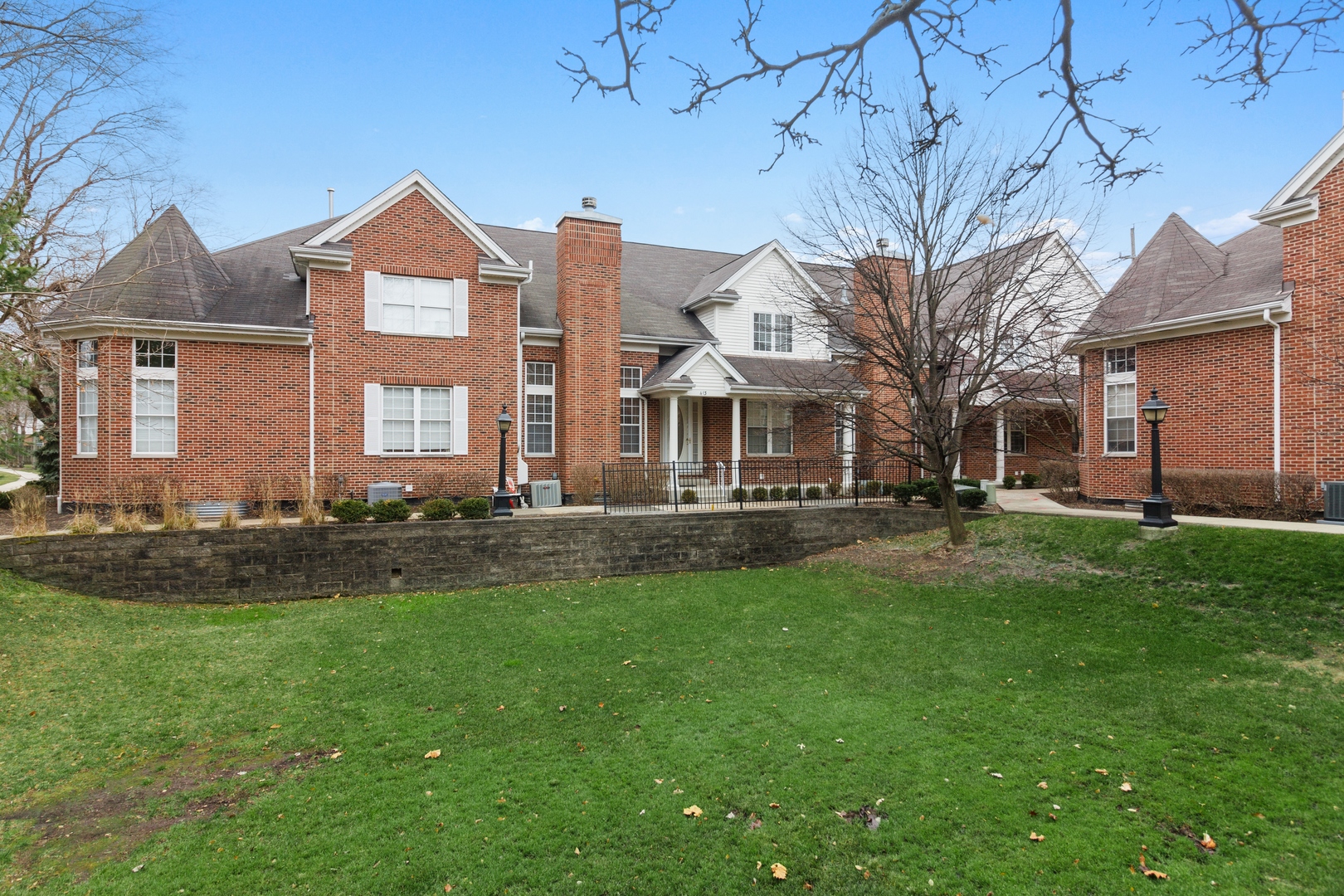 A fabulous townhome in the heart of downtown Clarendon Hills! Views of the front area and park set you up in a quiet part of the village. An all brick complex built in 2002 with over 9' ceilings, gives off that light and airy living you have been looking for. Owner suite on 1st floor, with walk-in and reach-in closets. Living room with accent transom windows and ceramic surround gas-starter fireplace and mantle. Arched doorways lead into Dining Room and on to large working kitchen and breakfast space. Sliding doors are entry to small patio. Coveted laundry room on 1st floor with access to attached garage. Second floor has two bedrooms with Jack-n-Jill bath plus a bonus storage/office. Such versatility for "work from home" space or e-learning. Basement is a deep-pour and plumbed for bathroom. Waiting for your creativity! Location is the best! 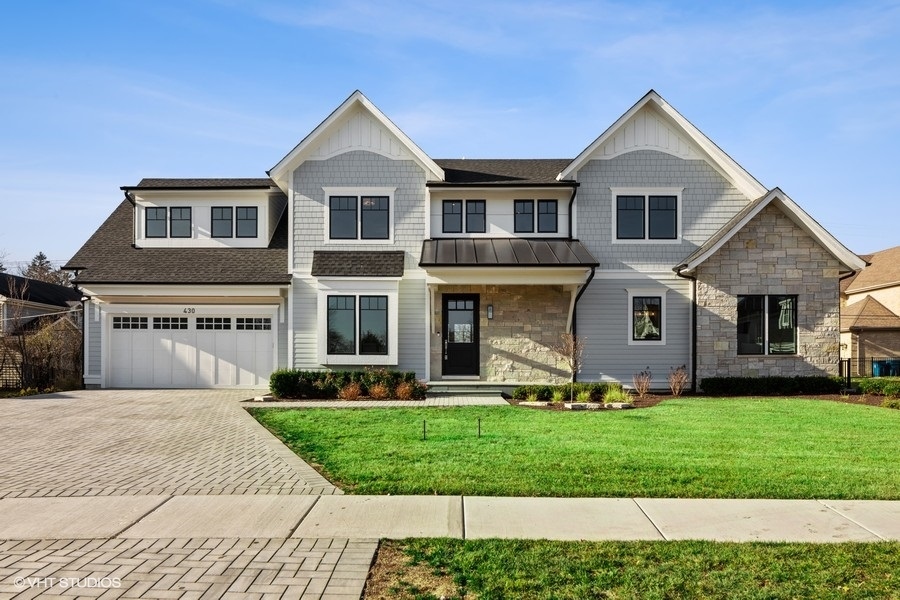 430 Williams Court is new construction that's now completed. Excellent floor plan with the 5th bedroom suite (private bathroom) on the first floor. It's perfect for related living, out of town guests or the ultimate home office. Finished lower level. Williams Court is a cul-de-sac featuring seven new homes. Here's an opportunity to live in new and have your kids attend the the most sought after school district in the western suburbs-District 181 Elementary and Hinsdale Central High School. Quick close possible.

Listed by Bryan Bomba of @properties 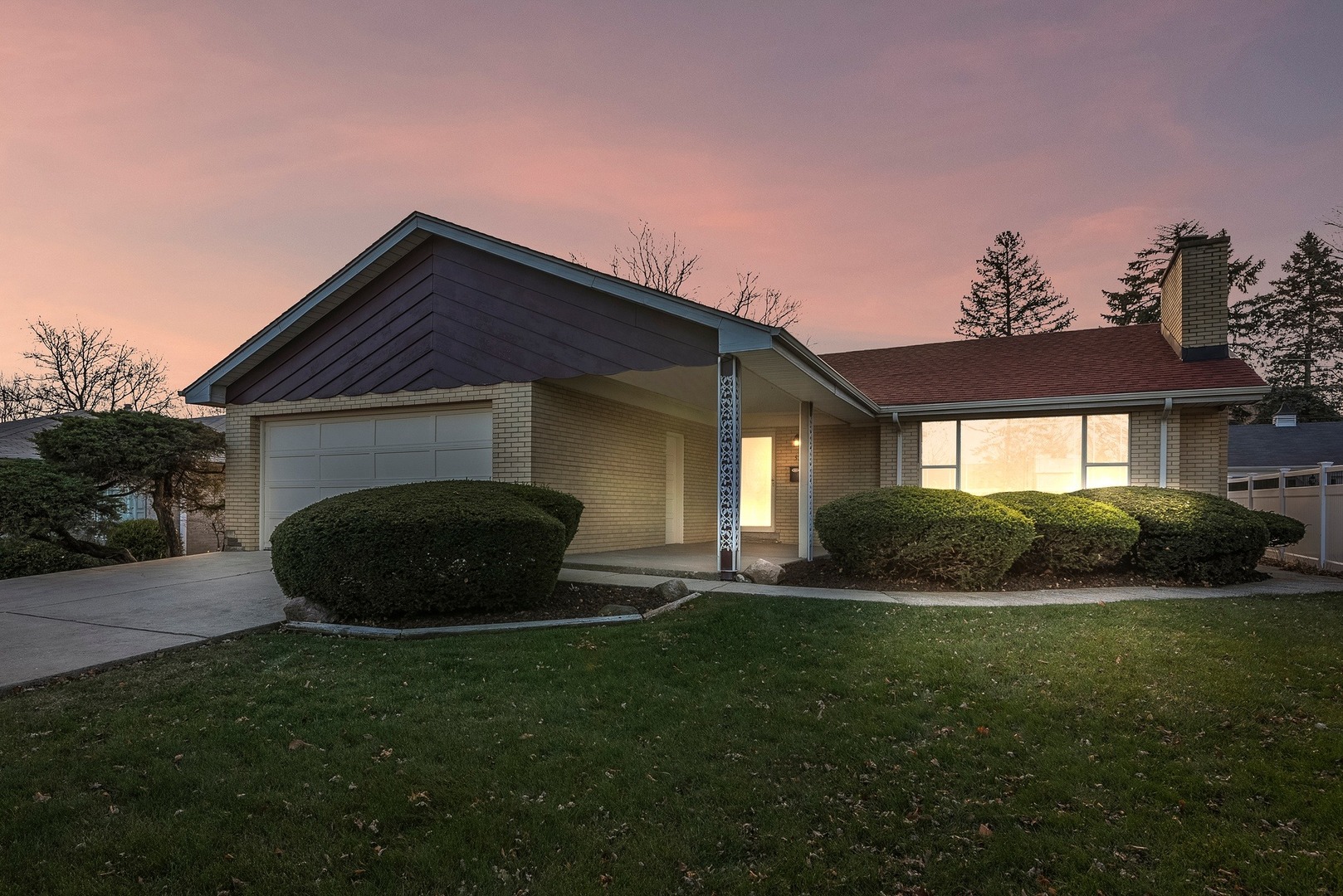 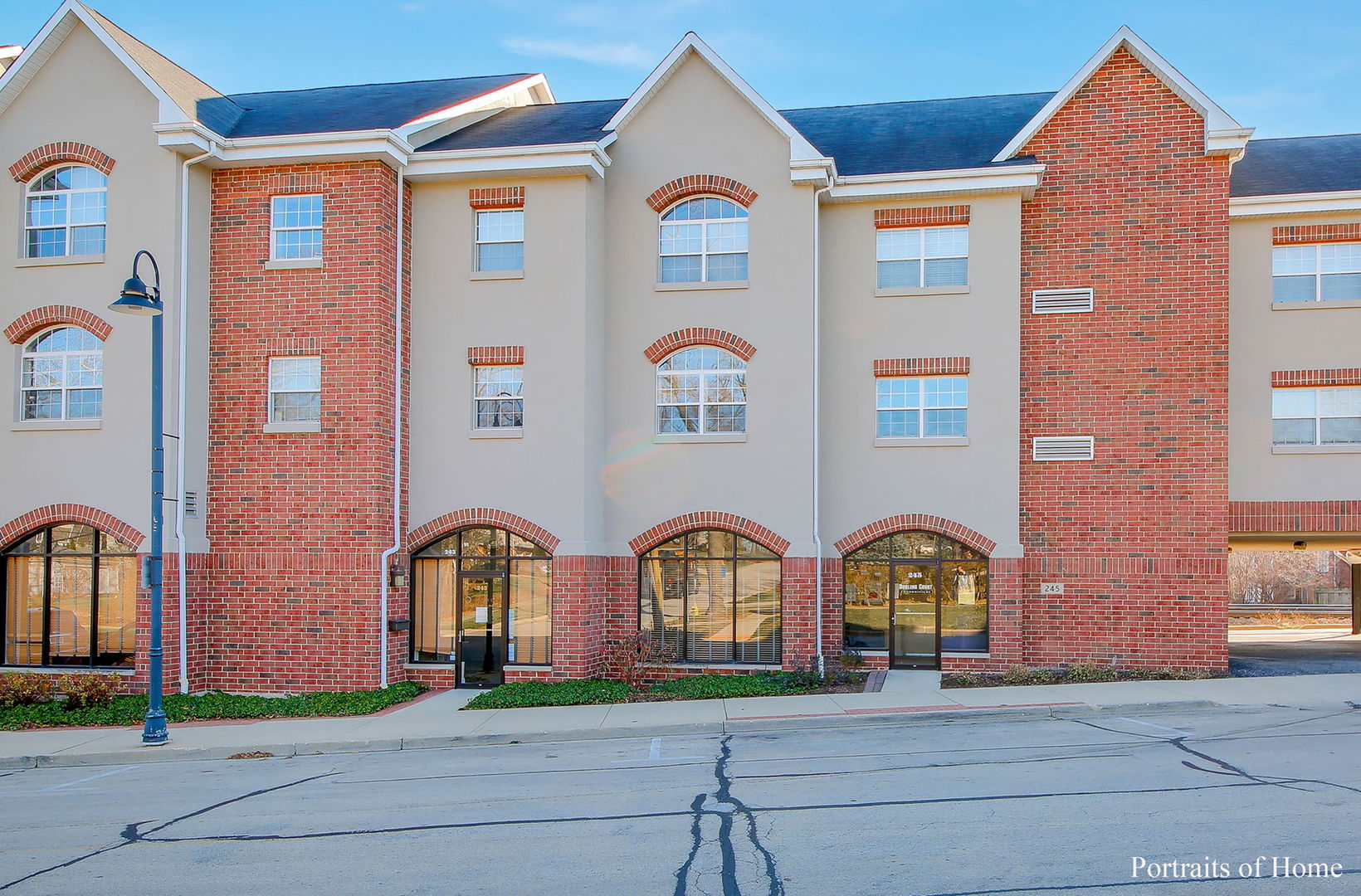 Based on information submitted to MRED  as of January 26, 2021 . All data is obtained from various sources and has not been, and will not be, verified by broker or MRED.   All information should be independently reviewed and verified for accuracy.  Properties may or may not be listed by the office/agent presenting the information. NOTICE: Many homes contain recording devices, and buyers should be aware they may be recorded during a showing.