Bolingbrook is a large village located in Will and DuPage counties in Illinois. With a huge population of over 70,000 people, Bolingbrook is still considered a village.

Bolingbrook is bordered by the communities of Naperville, Plainfield, Romeoville, and Woodridge and is located 28 miles southwest of downtown Chicago.

Named by Money Magazine as one of the Top 100 Best Places to Live in 2008 and 2010, there are many reasons why it’s great to live in this thriving community.

Places to See in Bolingbrook

Living in Bolingbrook is never boring, with lots of places to see and many recreational activities available for residents and tourists.

Bolingbrook has a fishing lake in the Town Center Complex. The Hidden Lakes Park is a hit amongst fishing enthusiasts, especially in April and October when the ponds are teeming with catfish and trout. Annual fishing competitions are also held at Hidden Lakes Park.

The “Theater on a Hill” is a local theater that features 3 stage performances every year.

Millenium Park and Willis Tower offer a variety of affordable things to do in Bolingbrook during your leisure time.

Schools and Employment in Bolingbrook

A large part of Bolingbrook lies on the boundaries of Valley View School District 365U and Fountaindale Public Library District.

In the past few years, more jobs have come into Bolingbrook with big companies opening their headquarters in town, like G&W Electric and Weathertech. The largest employer in Bolingbrook is Quantum Foods which is a global food distribution company.

Major retailers like Macy’s and IKEA have also set up shop in Bolingbrook. Most residents also commute to Chicago for work.

Bolingbrook hosts a variety of fun-filled annual events like the Cavalcade of Planes at Bolingbrook’s very own Clow International Airport.  Enjoy a wide variety of aircraft both flying and on the ground and witness spectacular events like skydiving, formation flying, helicopter demonstrations, and much more!

In Bolingbrook, you’ll never run out of things to do or places to visit. 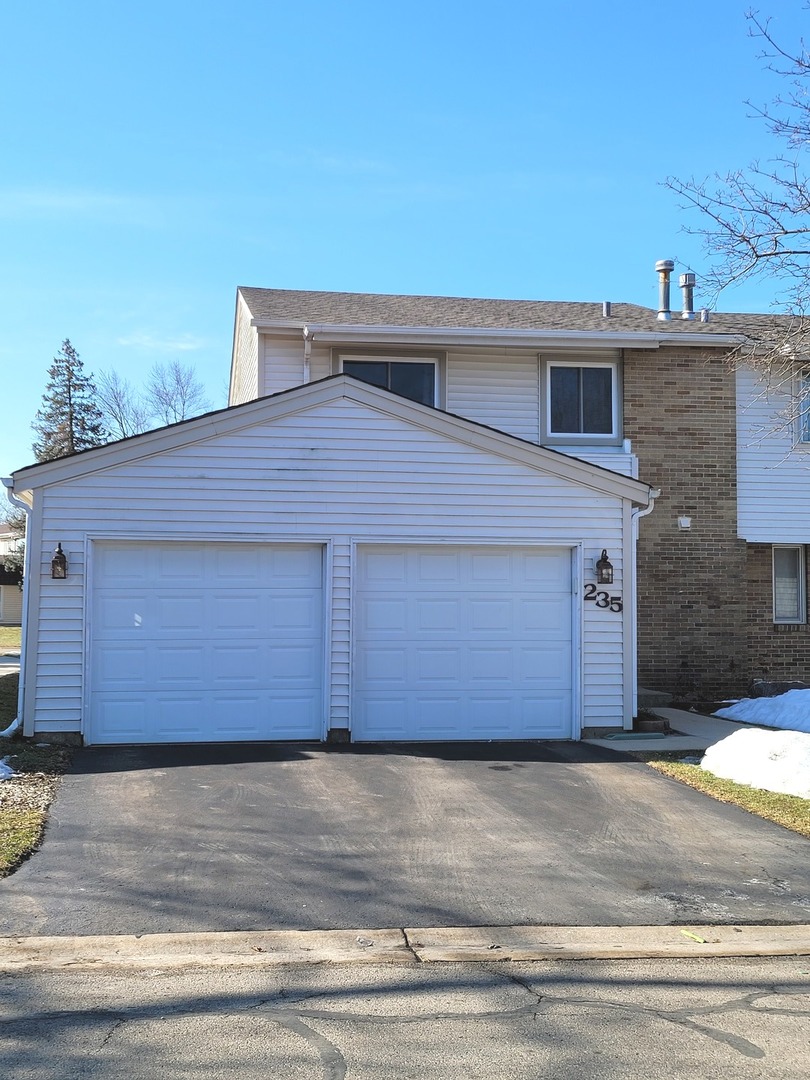 Listed by Cupertino Quintana and Jessica Quintana of CM Realtors 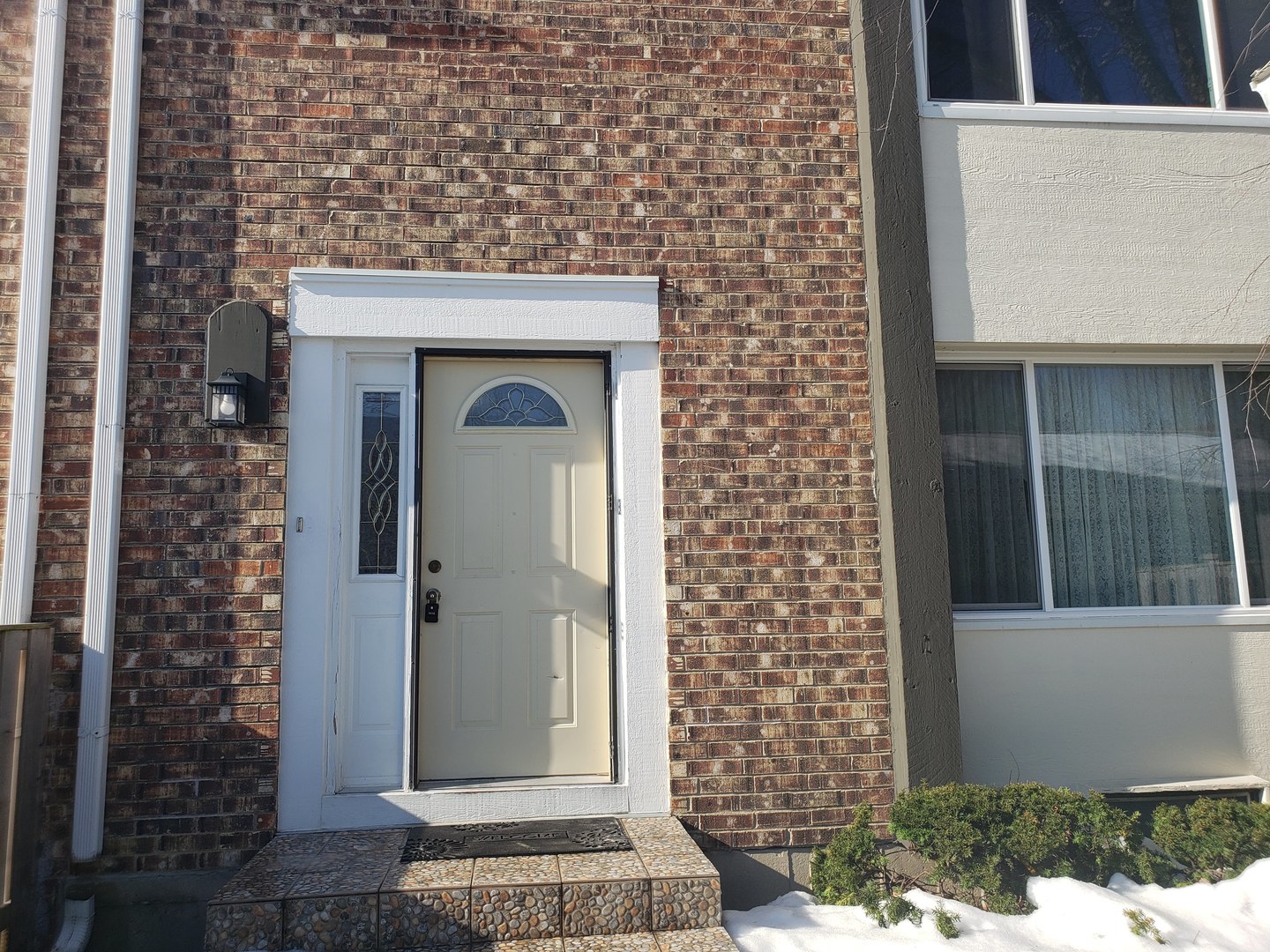 This is a rare opportunity to own 3 bed rooms 2.5 bath! Full finish basement! A one car garage! Fenced yard! Walking distance to parks and schools! Terrific townhome in lovely indian oaks! Come and enjoy your new home! Low monthly association! Minutes to i-55 and i-355. See this one today before it's gone. Call to schedule your private tour! 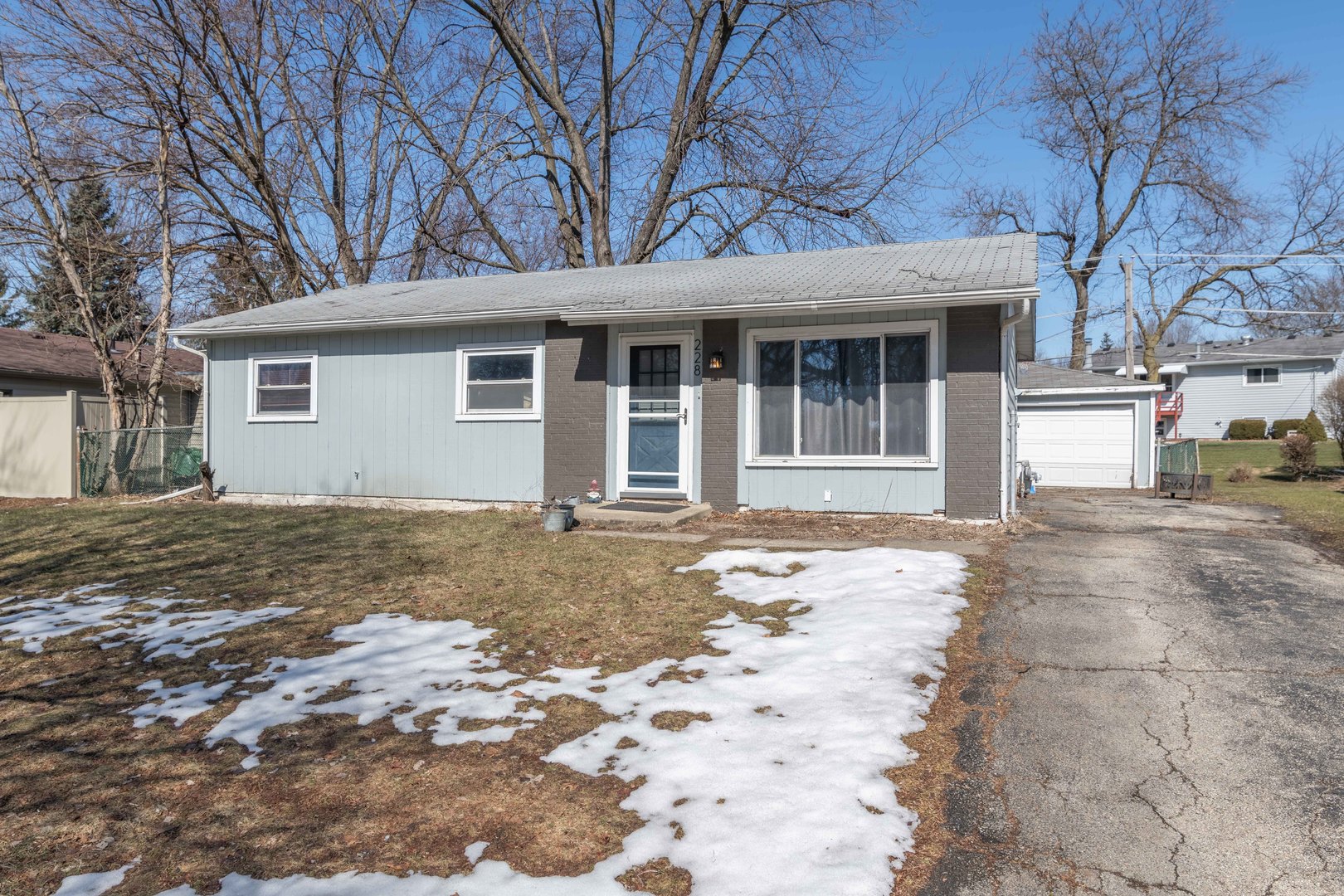 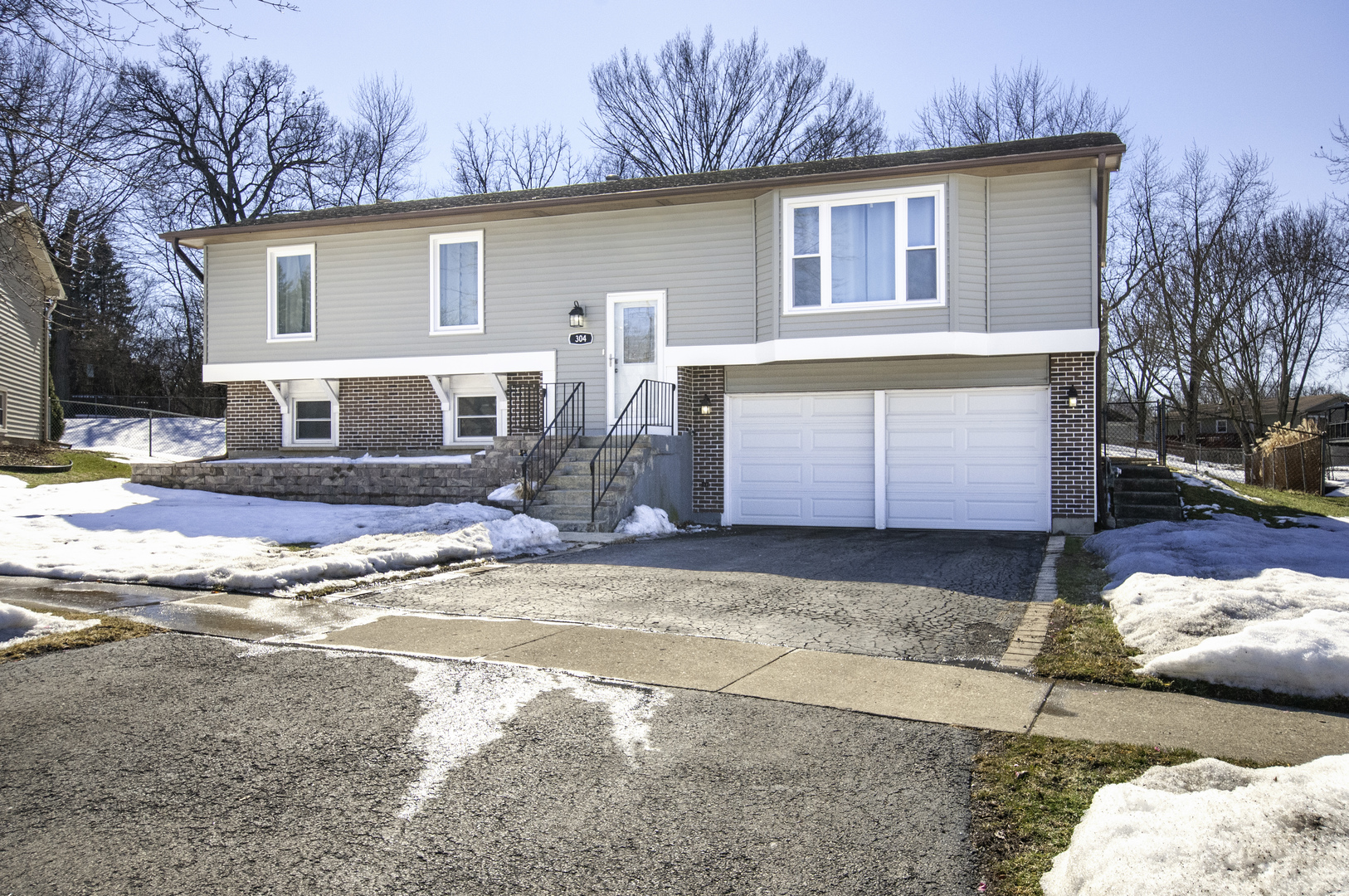 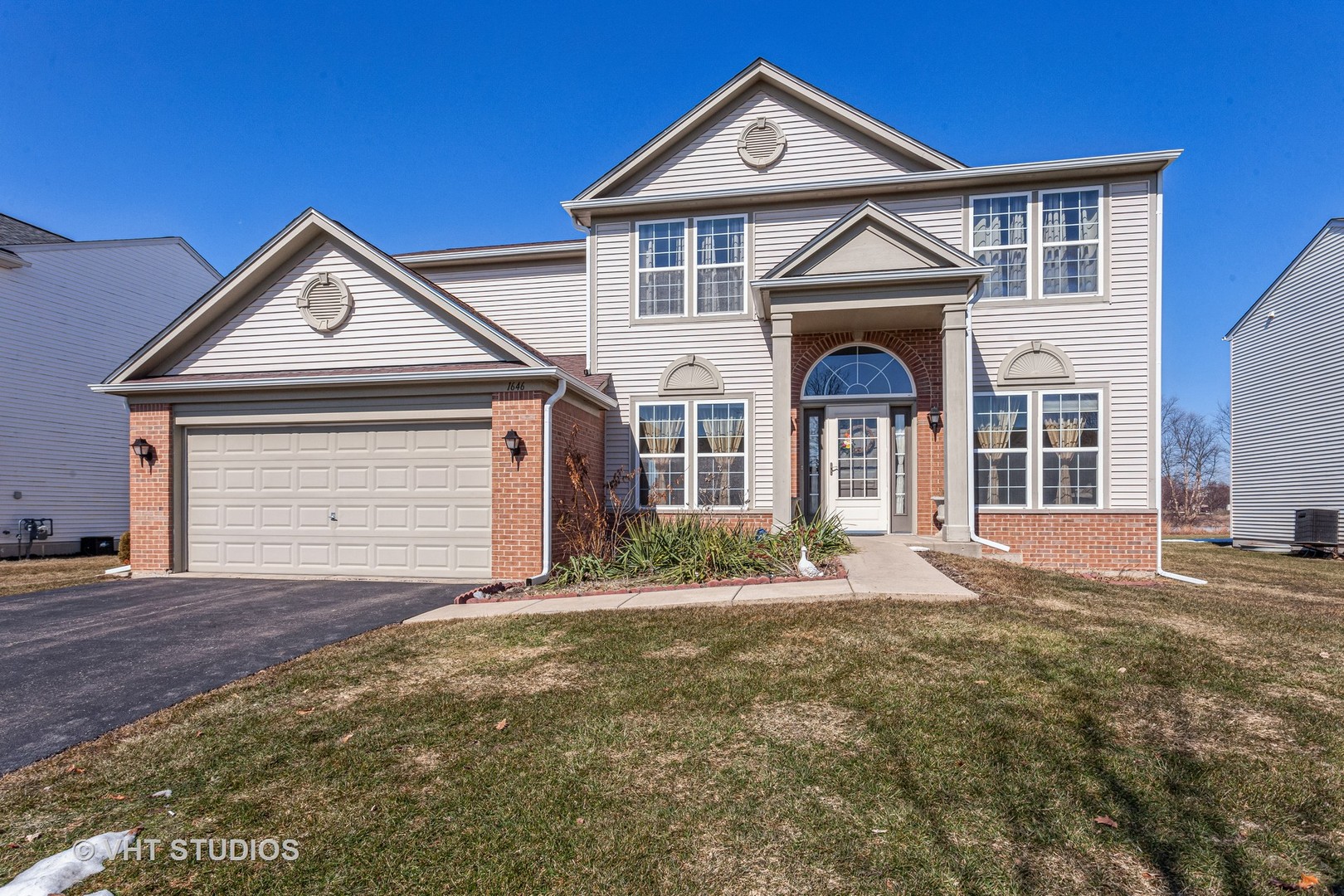 Beautiful Sun Filled home by Pulte awaits you in Augusta Village. Wilshire model. Watch the sunset over Century park from your Patio. Situated on a Peaceful Pond. This home will not disappoint you. New Roof (2020). Open floor plan is perfect for Entertainment. Lots of Maple Cabinets in Large Kitchen w/brand NEW Stainless Steel Refrigerator, Oven and Microwave( Jan 2021), walk in Pantry, nice island. Family room features lovely fire place and view of the pond. Main floor flex room can be an office, Den or Toy room. Very large 2 story foyer welcomes you. Full basement w/plumbing rough-in for a full bath. Huge backward. Bolingbrook is a great place to call Home! Very close to both I-55 and I-355. Lots of great shopping and Restaurants! Award winning Park District. Closing not before April 28th. Please wear face covering and follow all guidelines for Covid-19 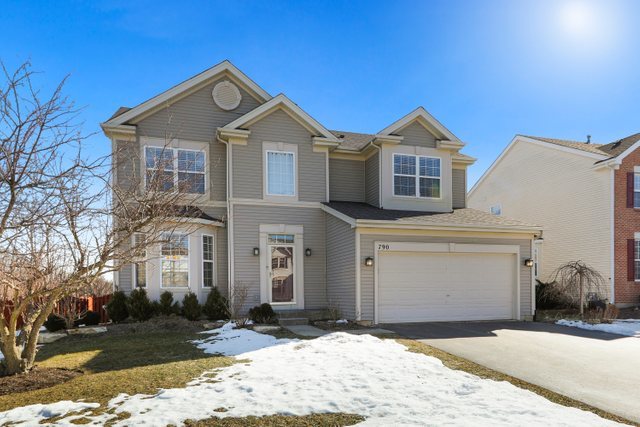 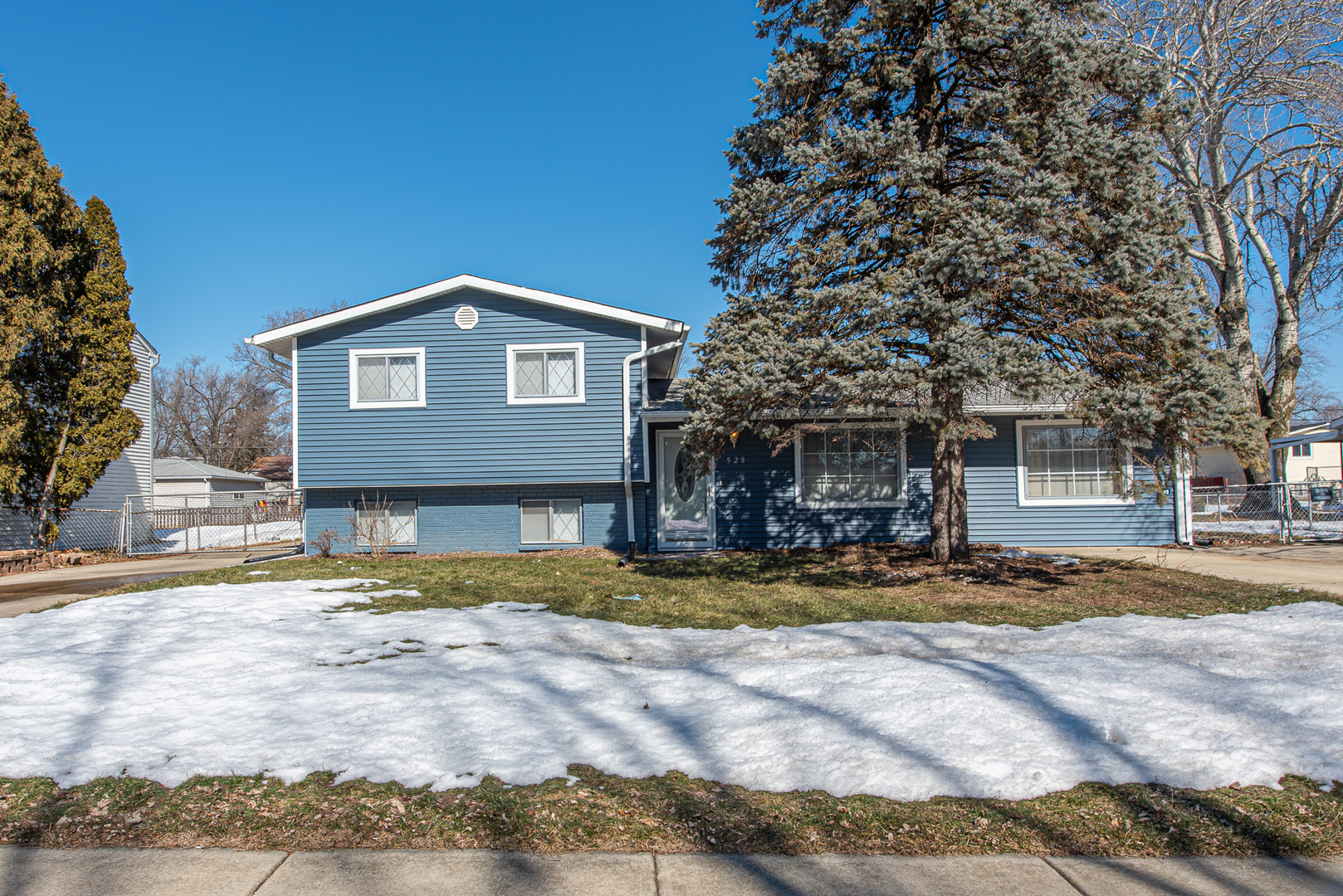 Welcome Home to this light and bright tri-level home nestled in a popular Bolingbrook neighborhood just minutes from the Promenade! Brand new siding, soffits, and water heater in 2019. The first floor is home to an eat-in Kitchen with plenty of cabinets and countertop space, a spacious Living Room, both rooms with decorative exposed beams on the ceiling. Also, on the first floor, you will find a large bonus room that can be used for an office, den, playroom, or additional bedroom! 2nd floor is home to three bedrooms and a hall bath. On the lower level, you will find a large Family Room and a huge recently updated laundry room with a new washer (less than 1-year-old), and an updated half bath. Large outdoor covered patio to spend summer nights. Detached 2 car garage with 220 power service and gas line run for your needs! New windows in the bonus room, new front door/storm door, and new sliding glass door off the patio!! Close to schools, expressways, shopping, dining, and more! 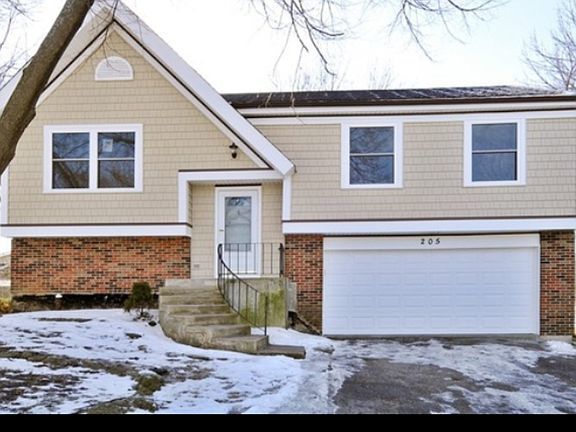 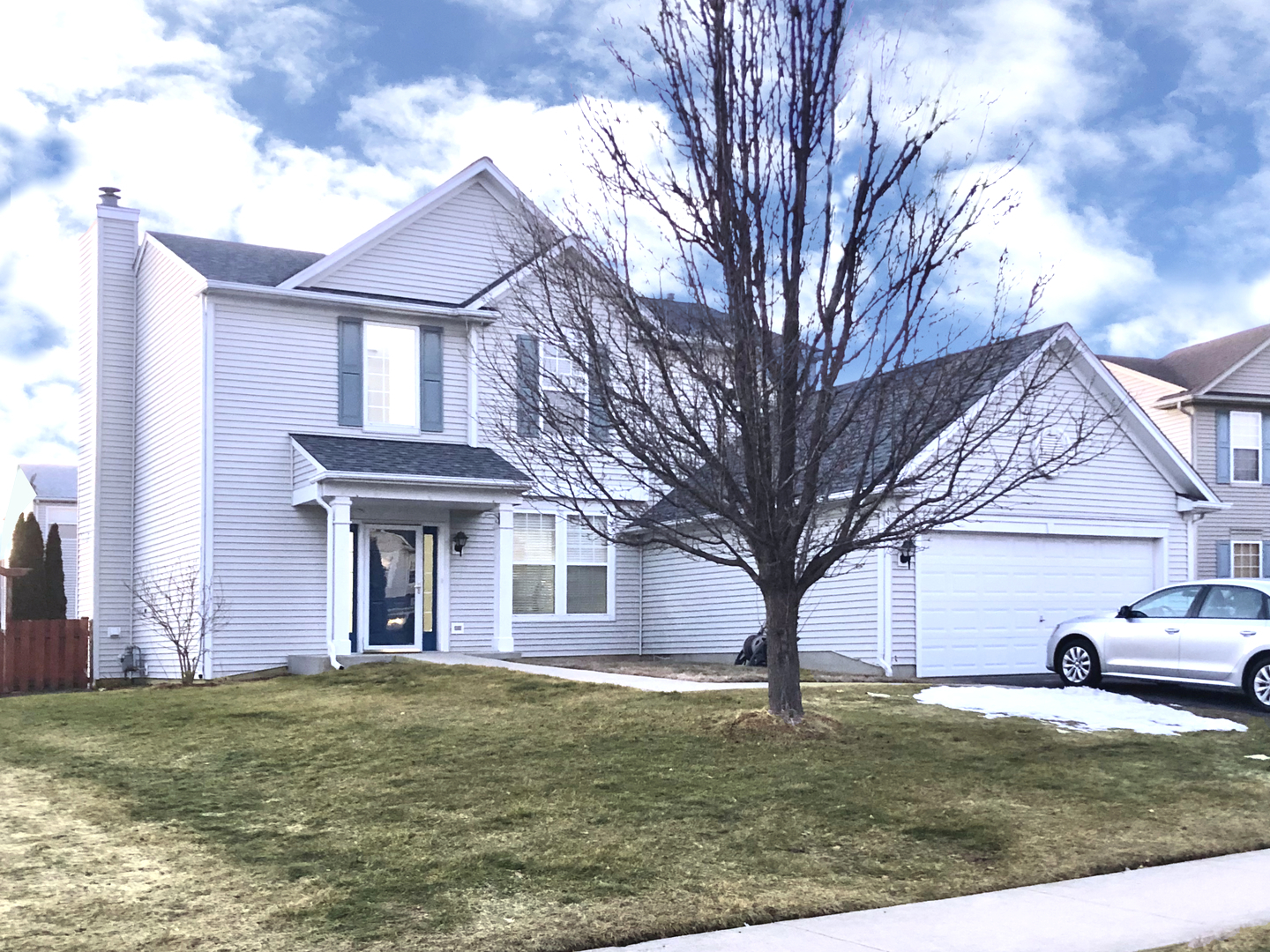 Absolutely beautiful home, like new, ready to move in! Great location! This property has a 2 story entry foyer. Formal dining room. Large family room with fireplace. The gorgeous kitchen has tall oak cabinets, laminate counters, decorative back splash, all stainless steel appliances and island. The breakfast area has a sliding glass door that opens to the great deck and all fenced-in yard. First floor powder room. The washer and dryer are also on the first floor. The spacious master bedroom has a long/large walk-in closet and a large bathroom with a double sink, separate shower and soaking tub. Two more bedrooms on second floor and a full bathroom. The full unfinished basement has tall ceilings and two big windows. The home interior was just fully painted February 2021. New in 2020: Kitchen Gas Range, Dishwasher, Kitchen Faucet. New in 2019: Roof, Central Air Conditioner, Washer machine, Garbage disposal. Two car garage. The home is located close to a park. Minutes to shopping centers, grocery stores, lots of restaurants and theaters. A must see!

Listed by Martha Bello of RE/MAX of Naperville 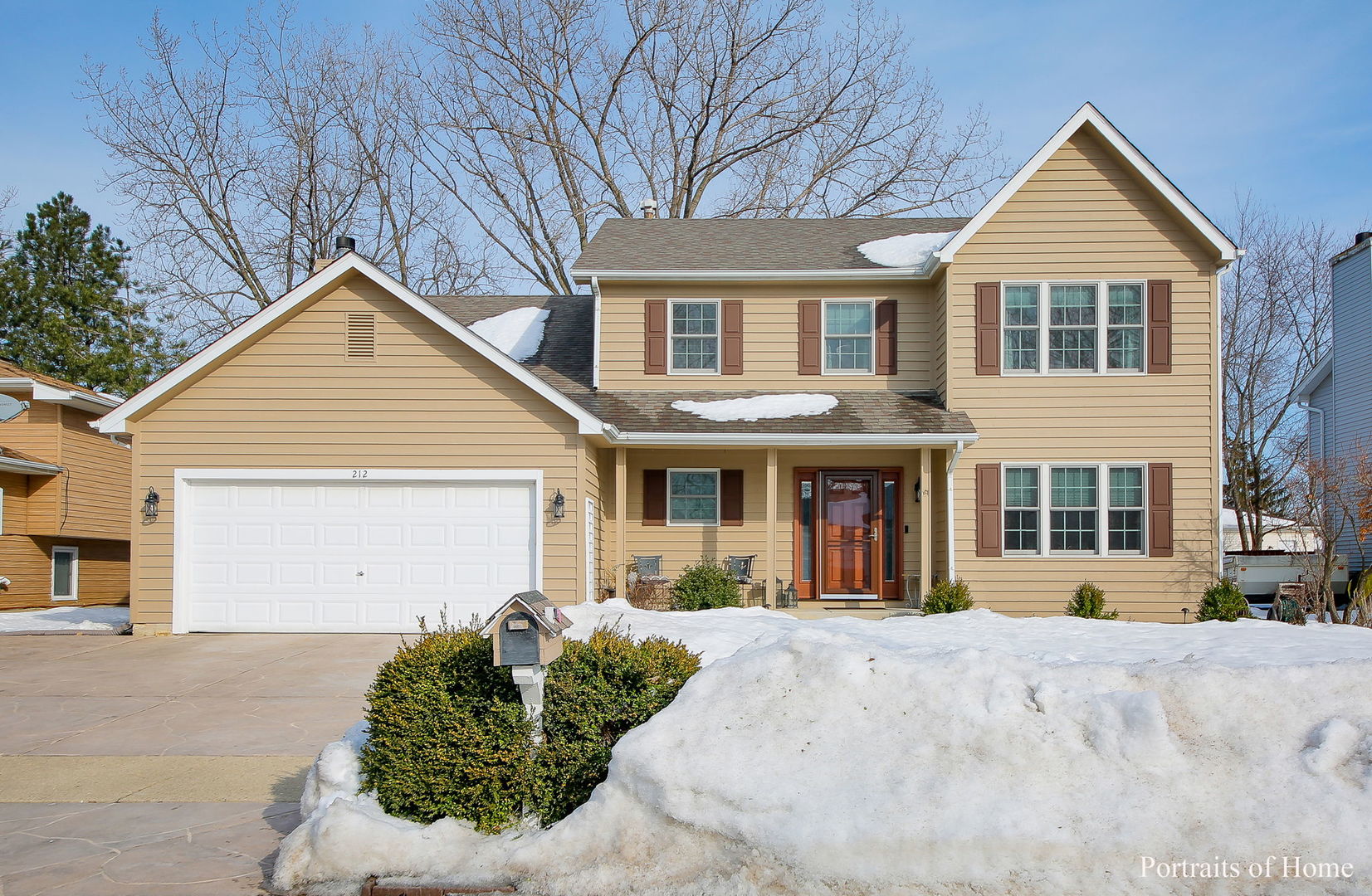 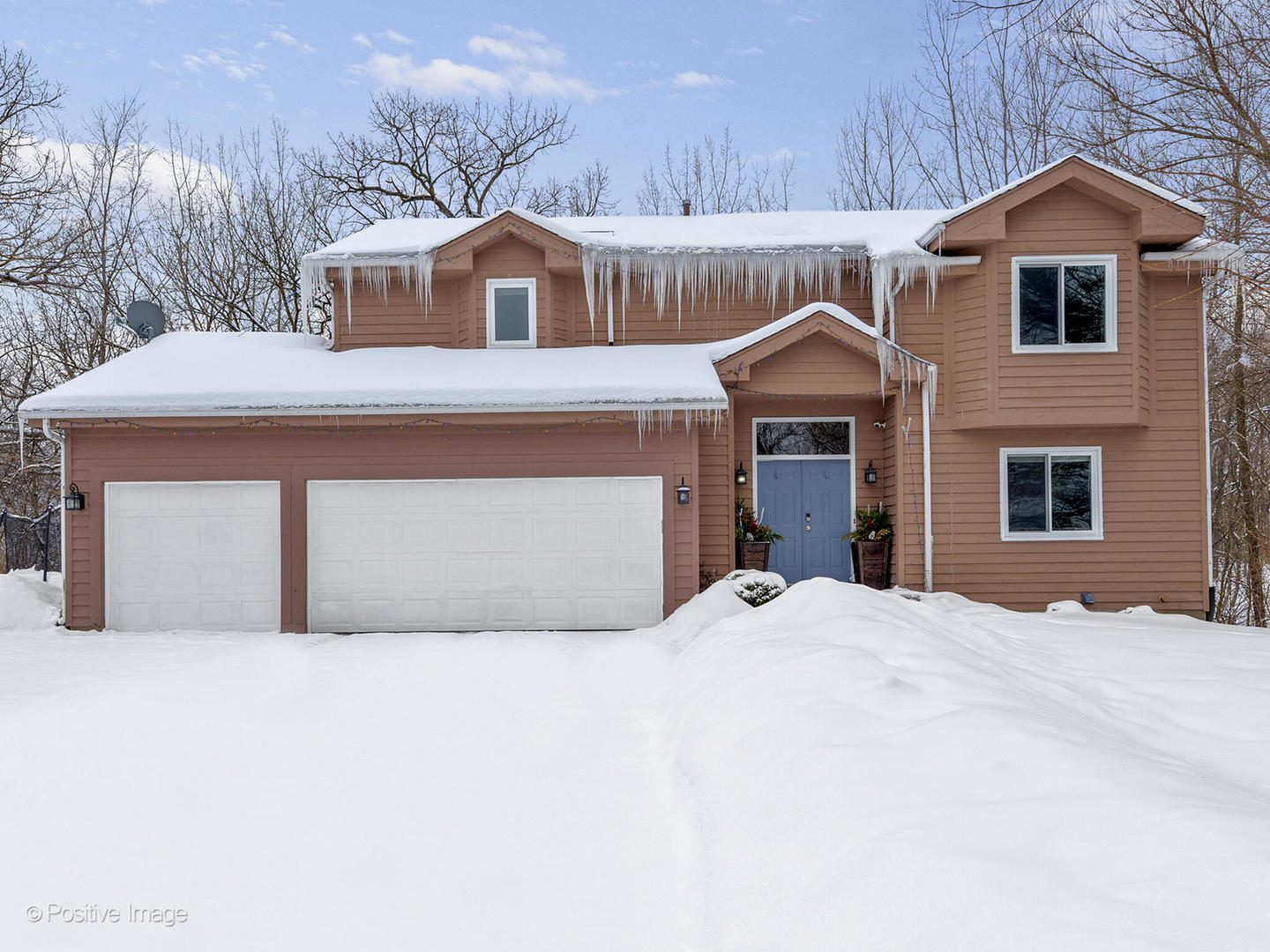 Listed by Lance Kammes and Steven Hill of RE/MAX Suburban 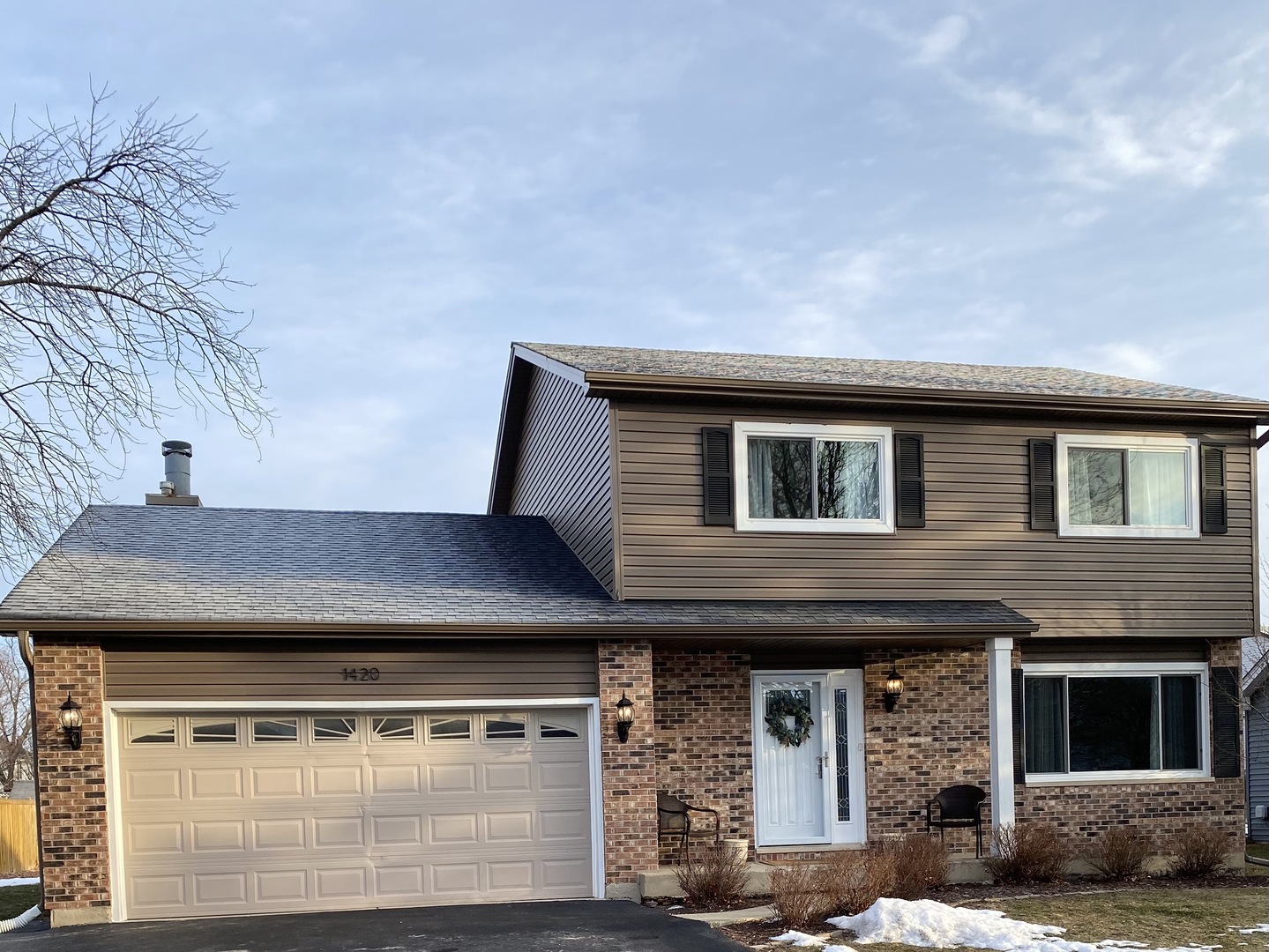 Based on information submitted to MRED  as of March 6, 2021 . All data is obtained from various sources and has not been, and will not be, verified by broker or MRED.   All information should be independently reviewed and verified for accuracy.  Properties may or may not be listed by the office/agent presenting the information. NOTICE: Many homes contain recording devices, and buyers should be aware they may be recorded during a showing.